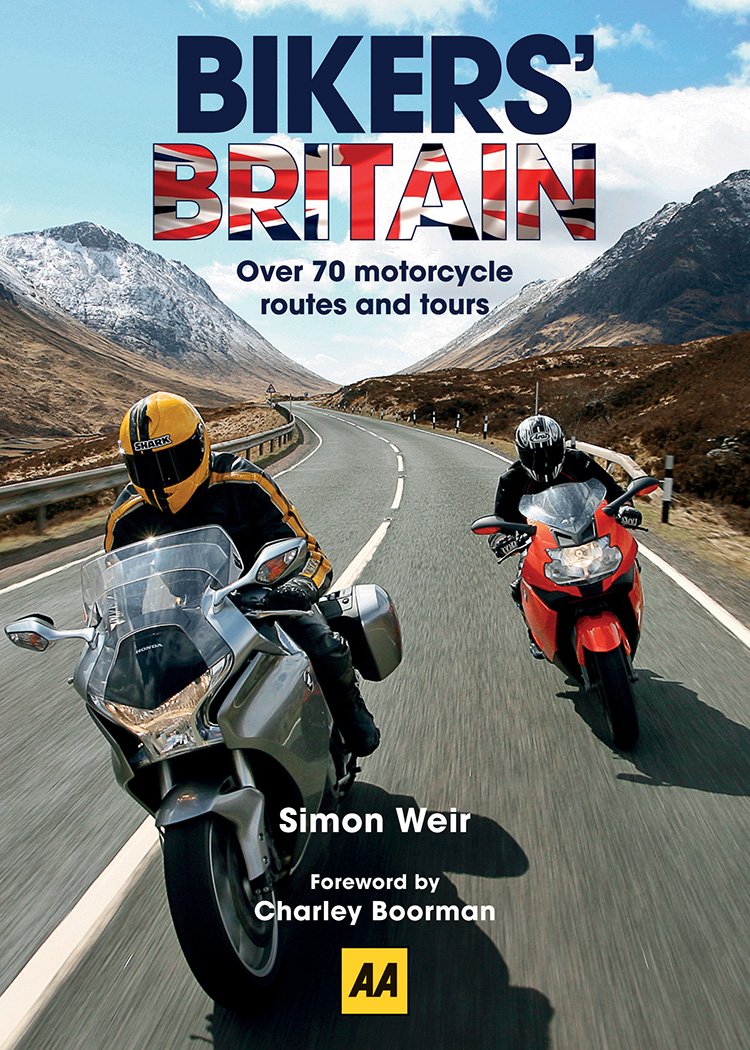 I actually bought this before the trip that eventually took us through the Balkans in 2015 because our original plan back then was to do the British Isles.
That fell through because of the lack of space on the DFDS ferry but it turned out alright I think and I still got some use for it on the 2017 trip.
The book contains 70 routes and tours in or through England, Wales and Scotland and is written by the Editor of Ride Magazine, Simon Weir.
I painstakingly transferred all these routes into Basecamp with the intention of including them fully or in part in my own routes.
In the end I didn't end up using more than parts of a couple of routes.
The routes seem nice, they are well documented and there are even directions if your a hundred years old or just a luddite.
There are even tips on what to see and do in the area of the routes.
It was just not very useful for me.
The routes are for the most part loops where you start and end up in the same place and thus are more oriented around a nice Sunday or weekend ride out with your friends and not towards cross-country travel.
This will most likely be more appealing and helpful to UK residents than visitors to the country.